What are the Big Sky State Games?

The Big Sky State Games is an Olympic-style amateur sports festival for people of all ages and abilities who reside in the great state of Montana. Residents in bordering states are invited to participate. The Games are a member of the National Congress of State Games and recognized by the United States Olympic Committee.

The State Games concept was developed in New York in 1978 with the Empire State Games. Last year, over 400,000 athletes competed in State Games in 30 states across the nation. State Games feature the sports of the Olympic and Pan-American Games, as well as emerging sports and local favorites. They attract athletes of a wide variety of ages, backgrounds, and skill levels, bringing out future and former Olympians as well as athletes for whom State Games are a real career highlight.

The Mission for the Montana Amateur Sports/Big Sky State Games is to provide quality competitions and programs that inspire healthy and active lifestyles for ages and abilities.

The Vision for the Montana Amateur Sports/Big Sky State Games is to achieve excellence in sports management and physical activity/nutrition programming.

Your support and donations are very much appreciated. Learn more or contact us if you're interested in getting involved with any of our programs, or simply want to contribute.

Olympic-style amateur sports festival for people of all ages and abilities that reside in the great state of Montana and bordering states without State Games. 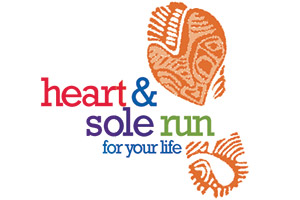 The 3-month program is a positive way to teach Montana youth about the importance of being physically active, while increasing the amount of fruit and vegetable servings.

Grant program with Montana schools to establish a fitness club that meets outside of school for a total of 90 minutes of vigorous physical activity each week.

Yellowstone Elementary Cross Country Meet is one of the largest of its kind. It's open to 4th, 5th, and 6th graders in Montana Schools to promote physical activity.